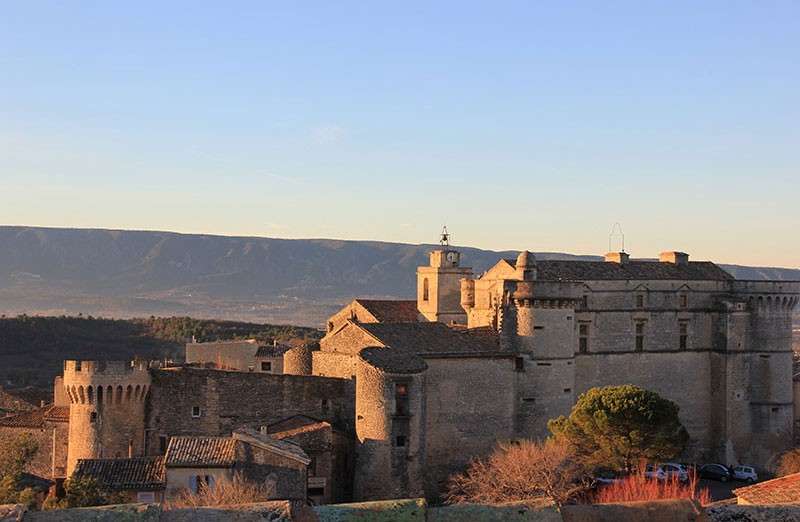 Historical Monument
A one thousand-year-old fortress

First mentioned in 1031, the medieval fortified castle was redesigned and extended in the 14th century when the region was under attack by the troops of Raymond de Turenne. But the coming of the Renaissance and the dream of a new way of life helped transform the feudal castle into a more welcoming dwelling.

Thus, beginning in 1525, Bertrand Rambaud de Simiane, whose powerful family reigned over most of the Luberon villages, was the first to start transforming the castle.

The lords of Gordes never lived in the castle and were happy to just collect the revenues from the seigneury. It was used as a prison, a warehouse for storing harvests and to house garrisons. At the end of the 19th and beginning of the 20th centuries, it was at the heart of the village life; there was a bar, school for boys, school cafeteria, post office, pharmacy and town hall.
From 1970 to 1994, the large halls housed the Vasarely educational museum, followed by the Pol Mara museum, a contemporary Flemish artist, from 1995 to 2011.

The monumental Renaissance chimney is remarkable for its dimensions as well as the quality and beauty of its sculptures.